Guidemaster: Fitness trackers to consider before buying a smartwatch

Tech
Publisher
January 12, 2020
Facebook
Twitter
Pinterest
ReddIt
Update: To help all the readers out there considering health-related New Years resolutions, we’ve been testing the latest and greatest fitness trackers in recent months in order to update our Fitness Tracker Guidemaster. We originally put together our list of favorites in January 2018, but below you’ll find our recommendations updated to include the best devices you can get in 2020.

The smartwatch hasn’t swallowed up the fitness tracker yet. While many are intrigued by the powers of the Apple Watch, Wear OS devices, and the like, old-school fitness trackers still have their uses—and they’re usually much easier on your wallet, too. The goal of the humble fitness band remains the same as it was when these devices were new: track daily activity in all its forms, from daily steps to intense workouts, from heart rate dips and spikes to the calm waves of sleep. Most of today’s fitness trackers haven’t changed much aesthetically, either. They’re still, by and large, wristbands.

With so many devices sharing the same basic goals and set of features, it can be hard to deduce which tracker is right for you. But from our testing, there are some fitness trackers that stand out among the rest—some for their thoughtful applications, others for their versatility, and some for their focused approach to fitness training. We’ve looked back at the fitness trackers we’ve reviewed and selected the best devices that are most likely to help you get and stay in shape.

While we still have love for the Fitbit Alta HR, our previous favorite, the new Fitbit Inspire HR has replaced it in Fitbit’s lineup. Thankfully, it’s just as good as the Alta HR and comes in at just $79. Almost everything we loved about the Alta HR still stands in the Inspire HR—the tracker with interchangeable bands tracks all-day activity, sleep, continuous heart rate, and workouts including swimming.

Fitbit improved the workout-tracking experience in the Inspire HR by giving it a slightly larger touchscreen than the tap-only screen on the Alta HR. Combined with Fitbit’s refined fitness tracker OS, the Inspire HR feels a bit more smartwatch-like than the Alta HR ever did.

Not only can you pick and choose which exercise you want to track using the touchscreen, but you can also set timers and alarms and choose from a few different watch faces to personalize the device. The device can receive smartphone alerts as well. While the Inspire HR can’t do everything the Fitbit Versa or Versa Lite can do, Fitbit distilled some of the most important smartwatch features down so they could work properly and conveniently on the Inspire HR.

Fitbit Inspire HR review: A worthy $99 investment in your health

The Inspire HR also has Fitbit’s SmartTrack feature, which automatically tracks certain workouts after a period of time, and its connected GPS feature, which lets you use the band in tandem with your phone’s GPS to map outdoor runs and bike rides. The continuous optical heart rate monitor on the module’s underside not only measures your pulse during workouts, but it also keeps track of it at night and that data helps Fitbit’s software measure your time in various stages of sleep.

While the Alta HR lasted about seven days on a single charge, the Inspire HR lasts around five days. We wish the battery lives were comparable, but five days (with nighttime sleep tracking) is still stellar in comparison to most smartwatches. Fitbit’s software is also top-notch—not only are the Android and iOS mobile apps friendly and easy to use, but the company has added numerous new features over the past year or so including guided workouts with Fitbit Coach, menstrual health tracking, social exercise challenges, and more. We’re still waiting for Apple Health integration, but in the meantime, the $79 Inspire HR remains the best fitness tracker for most people.

$78.98 at Walmart
(Ars Technica may earn compensation for sales from links on this post through affiliate programs.)

The Fitbit Charge 3 has all of the features that the Inspire HR has, plus a few extras. It’s slightly wider than the Inspire HR, but that doesn’t make it hard to wear. It tracks all-day activity and sleep comfortably, and uses your input as well as Smart Track technology to record workouts.

In terms of activity, the Charge 3’s included altimeter is an important differentiator between it and the Inspire HR. An altimeter allows the Charge 3 to track floors climbed, so if you feel particularly accomplished when you take the stairs instead of the elevator and want your wearable to reflect that effort, the Charge 3 is the better device of the two.

Fitbit also included an SpO2 monitor in the Charge 3 which should track blood oxygen levels and allow Fitbit’s software to learn more about your sleeping habits (when Fitbit actually enables the sensor).

If you’re willing to pay a bit extra, you can get the Charge 3 Special Edition which includes NFC technology for Fitbit Pay. The company’s contactless payment system lets you hold your Charge 3 up to an NFC reader to pay for things like coffee, groceries, and the like. If you’re ever out on a run and forgot your wallet, you can still pay for things using Fitbit Pay.

Like the Inspire HR, the Charge 3 also has Fitbit’s connected GPS feature so you can map outdoor workouts if you have your phone with you. The gap between the Inspire HR and the Charge 3 isn’t a big one, but those that value battery life and want option to get NFC payment tech in their fitness tracker should opt for the Charge 3. 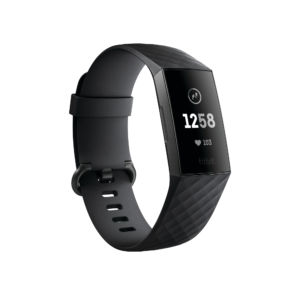 $99.95 at Walmart
(Ars Technica may earn compensation for sales from links on this post through affiliate programs.)
[ufc-fb-comments url="http://www.newyorkmetropolitan.com/tech/guidemaster-fitness-trackers-to-consider-before-buying-a-smartwatch"]