Ultra Music Festival once again took over Miami’s Bayfront Park last weekend, delivering a solid three days of non-stop music curated by a host of world renowned DJs and performers. Sporting a lineup with a little bit of something for everybody, Ultra 2017 was definitely another memorable entry for the long running festival brand.

The production on the main stage was impressive to say the least, with a dazzling array of LED visuals, water features and pyrotechnics so lit I had to check and make sure my eyebrows were still in tact at one point. The custom stage design Ultra uses on the mainstage is the festival’s calling card by now, but it’s still impressive to see the massive rig lit up and in action.

Day one got the festival going on a strong note with sets from Armin van Buuren, Alesso and Martin Garrix, who took the opportunity to debut a few unreleased tunes during his performance. Friday was brought to an end with an energetic blast from Major Lazer, who provided a nice contrast with a blend of bass and dancehall.

Axwell /\ Ingrosso were charged with the duty of ending day two, and the Swedish house legends filled their time slot with the kind of high octane EDM we’ve come to expect from them. Fans in the crowd were definitely feeling the set, and the sheer size of the mob totally engulfed that side of the grounds as Saturday’s festivities drew to a close.

The final day concluded with a packed roster, including sets from Galantis, Hardwell, David Guetta, and Zedd, who dished out an electro-heavy routine that kept the crowd on their toes. DJ Snake closed out the mainstage with the final set on Sunday, and the Parisian producer even brought out rapper Future to test out some new music.

With so many top tier DJs playing all weekend, one could easily park themselves at the mainstage for all three days and have a good time. However, there were plenty of other notable stages around the festival grounds that hosted some of the lineup’s top acts, each one catering to a unique vibe.

The UMF Radio stage was the gathering place for bass music fans, and saw a constant rotation of dubstep, trap and future bass. Each day the stage was hosted by a different label, with Mad Decent on Friday, OWSLA on Saturday and Jacked on Sunday.

Gryffin hit the stage fairly early on Friday as part of the Mad Decent showcase, followed by Party Favor and Jai Wolf. Saturday turned up the heat with an OWSLA showcase that kept the crowd moving with buzzworthy sets from Joyryde, Wiwek, Valentino Khan, and a secret performance from Mija that took fan excitement to the next level.

While the UMF Radio stage features a scaled back capacity compared to other parts of the festival, the various showcases that were hosted throughout the weekend made it a happening place to be. 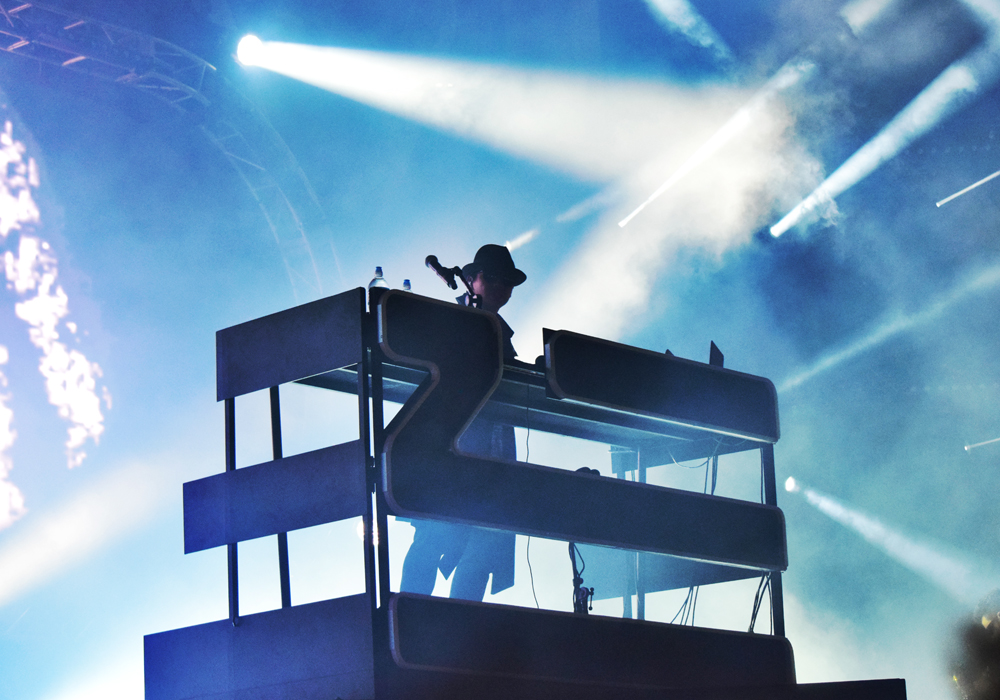 The Live stage was home to some of the weekend’s top sets as well, serving as a hotspot for some diversity among the DJ heavy lineup. The performers on this stage all featured some level of live instrumentation in their setup, and the crowd was packed for most of the sets across the three days.

Friday’s festivities on the live stage kicked off with a last minute addition of DJ Starscream, aka Sid from metal band Slipknot. KSHMR followed up with the first live show of his career, utilizing world instruments and tribal percussion alongside his usual DJ’ing, bringing a new edge to the producer’s performance.

ZHU was another act I was really looking forward to seeing, and the “Faded” producer did not disappoint. Standing atop a DJ booth shaped like his logo and joined by a live guitarist and saxophonist, ZHU played out a number of his best tunes. The stark lighting and smoky atmosphere paired up perfectly with the neo-noir aesthetic of ZHU’s music, adding a new dimension to the show.

The turnout on the Live stage on day two was sustained by a number of rap performances from big names like Ice Cube, Cypress Hill, and A$AP Ferg. Chase and Status took over in the evening with a blistering drum and bass set that saw the auditorium style seating maxed out all the way to the grass. This was followed by a driving performance from The Prodigy deserving of an encore. The big beat pioneers packed a punch throughout their stint on the stage, tying the night up with a healthy dose of 90’s nostalgia and making up for their missed opportunity from last year.

With techno’s recent resurgence in popularity, it was no surprise to see the genre getting plenty of representation at this year’s Ultra, with the festival’s stacked Resistance lineup spread across the Carl Cox megastructure and the Arcadia Spider.

The Megastructure lineup read like a who’s who of techno, with highlights including its namesake Carl Cox, The Martinez Brothers, Black Coffee, and Sasha & John Digweed.

While the Megastructure pumped out shifty rhythms and head nodding vibes all weekend, the Arcadia Spider’s smaller stature afforded it a more intimate vibe, while its laser eyes and synchronized flame throwers made for an impressive visual display. From the Spider’s suspended DJ booth, performers like Maya Jane Coles, Hot since 82, Maceo Plex and Nicole Moudaber kept the speakers pumping with a steady supply of heady grooves long into the night.

For festival goers who have attended previous editions of Ultra, a lot of this is probably starting to sound familiar. If there was one complaint to be levied against this year’s outing, it would be that there wasn’t much of anything that hasn’t been done before. That being said, you can only outdo yourself so many times before you hit a wall, and Ultra definitely still has plenty to offer in the way of securing next level talent. 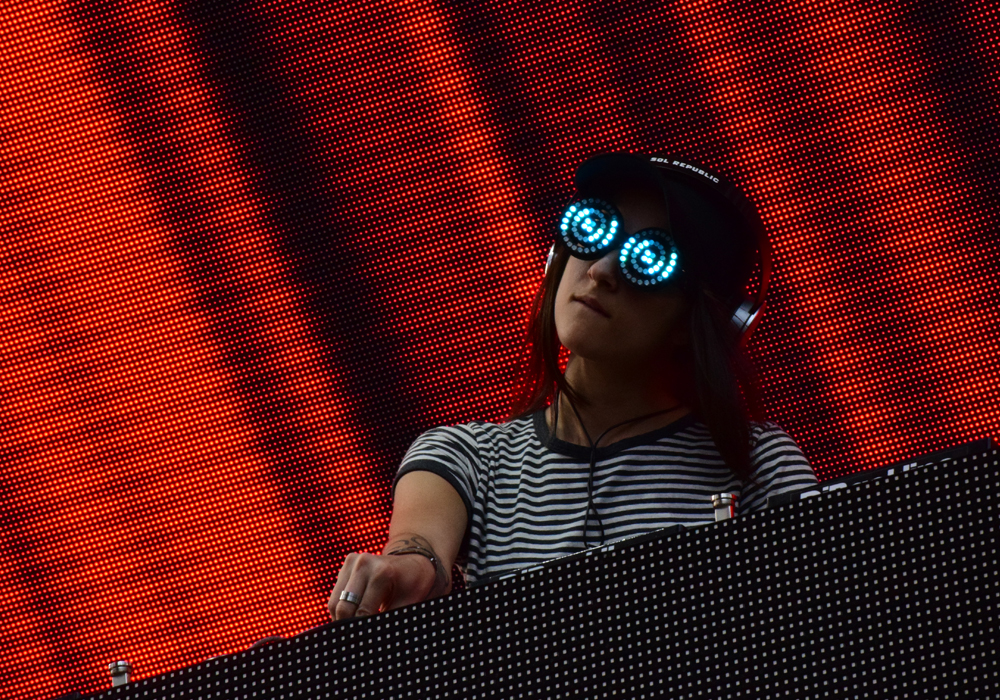 The Worldwide stage was the place to be on Sunday, and saw top notch performances from the likes of REZZ with her Ultra debut, as well as Malaa, Mercer, NGHTMRE, Slushii, Getter and more. It was a great showcase for a fresh wave of DJs who are pushing the edge on energetic music at the moment, and the crowd was packed and rowdy all throughout the day.

While DJ Snake drew some hefty crowds with the final set on the mainstage, Justice were the clear grand finale of the whole event. The iconic duo closed out the Live stage with a set that can only be described as mind blowing, playing out selections from both their classic catalog and the recently released album.

The French musicians utilized a range of synths and various pieces of hardware on stage, while a captivating light show followed along to the music. The legendary duo were nothing short of amazing, and festival goers who opted to end the final night at the mainstage missed out on one of the best performances of the whole weekend. 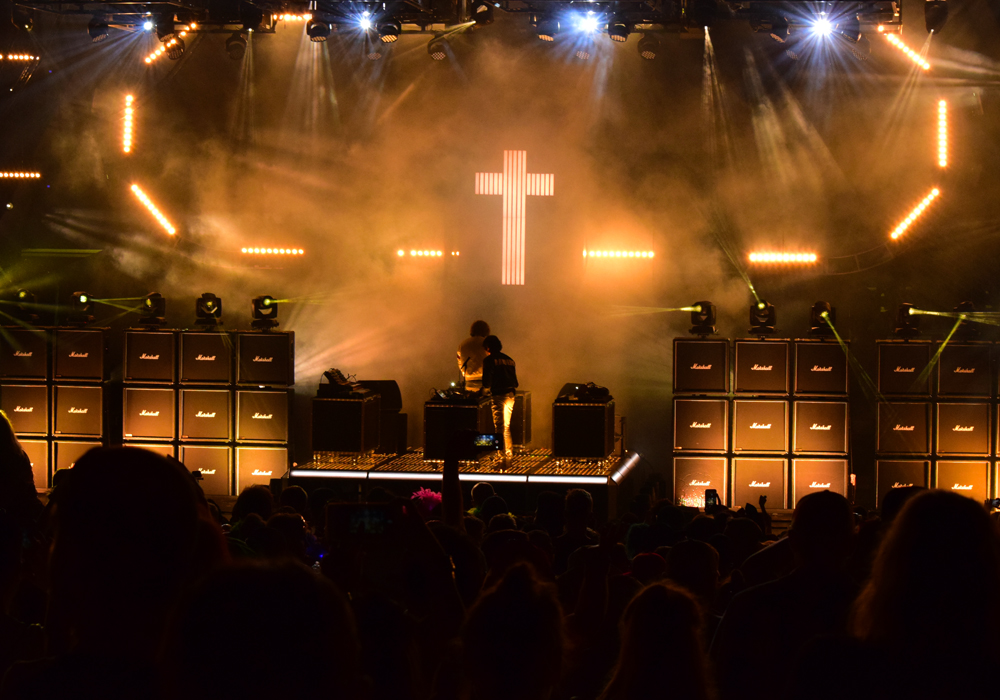 All in all, Ultra 2017 went down without a hitch for the thousands of ravers who descended upon Bayfront Park over the three day weekend. With a diverse lineup sporting everything from the requisite mainstage DJs to the classic dance and rap artists that made the bill, Ultra succeeded at transforming downtown Miami into a juggernaut of a party yet again. Though the festival’s scope may have reached its peak in recent years, the sheer number of top notch performances at this year’s Ultra made for a successful outing anyways.

Brooklyn Bowls a Turkey with Three band line up of Peak, Jam the Radar and Zestrove

Shortly after Bizzy Bone of Bone Thugs-N-Harmony made history last night by causing the first-ever brawl during a Verzuz while duking it out against Three...
Read more

Leave it up to some of your favorite rappers to deliver more new music as we cap off the work week. There's a joint...
Read more

Brooklyn Bowls a Turkey with Three band line up of Peak, Jam the Radar and Zestrove

The smell of fried chicken in the air and the sounds of clanking bowling pins has been the setting for some of the finest...
Read more